One of the all-time great tenor saxophonists, Johnny Griffin will go down in the annals of jazz as a performer easily able to negotiate the tricky harmonic changes and swift tempos of modern music. He’ll also be remembered as a player who could masterfully interpret tender ballads, rivaling Ben Webster in that regard.

Born John Arnold Griffin III in Chicago, Illinois, on April 24, 1928, he resided on the South Side of the Second City with his mother, who was a singer, and father, who played cornet. An adolescent Griffin heard Gene Ammons play in the big band of King Kolax. Two years later he picked up an alto saxophone, and soon thereafter was working with bluesman T-Bone Walker. A student at DuSable High School, he was tutored by the legendary band director Captain Walter Dyett. Upon graduation, he toured with Lionel Hampton’s big band, switched to the tenor sax, and moved to New York City. The late ’40s saw Griffin honking his share of R&B with Joe Morris up to 1950, alongside the band of Jo Jones in 1950, and with Arnett Cobb in 1951. He enlisted in the armed services stationed in Hawaii, and played in an Army band.

After his military commitment, he returned to Chicago and was in the company of Thelonious Monk’s various ensembles up to the mid-’60s. Griffin cut his Blue Note album Introducing Johnny Griffin in 1958, and that year formed a sextet with Detroiters Pepper Adams and Donald Byrd. He collaborated with pianists Bud Powell and Elmo Hope, was enlisted by Art Blakey briefly as a member of the Jazz Messengers, energized his solo recording career for the Riverside label, and obtained his nickname, The Little Giant, with that eponymously titled LP in 1959. His most famous and popular teaming was with fellow saxophonist Eddie «Lockjaw» Davis. Griffin also recorded the legendary A Blowin’ Session for the Blue Note label with John Coltrane and Hank Mobley.
But Griffin grew weary of the U.S. and its apathy regarding jazz, so he became an expatriate. He was living in Paris, France, by 1963, and did many albums with European rhythm sections for the Storyville, Black Lion, and Steeplechase labels. He was also a charter member and chief soloist for many years in the Kenny Clarke-Francy Boland Big Band alongside American and Continental standouts. The year 1975 was an important one for Griffin, who was featured with the bands of Dizzy Gillespie and Count Basie as documented in recordings of their sets at the Montreux Jazz Festival. He also collaborated with German saxophonist Klaus Doldinger and his fusion band Passport. In the late ’70s, Griffin returned to the States to record for the Galaxy label, and toured with fellow expatriate tenor saxophonist Dexter Gordon.

He left Paris for the countryside of the Netherlands to live on a farm, then headed to the Côte d’Azur in 1980, and in 1984 to rural Availles-Limouzine. In 1986 he was a member of the Paris Reunion Band with Woody Shaw, Dizzy Reece, Slide Hampton, and Kenny Drew, making one album for the Sonet label. During his time in France, Griffin recorded for the Antilles and Verve labels, including The Cat in 1991 and Chicago, New York, Paris in 1994. On the weeks of his birthday, Griffin made regular appearances at the Jazz Showcase back home in Chicago. In his later years he collaborated with pianist Martial Solal and saxophonist Steve Grossman. Griffin passed away at age 80 on July 25, 2008, at his home in Availles-Limouzine.

Dexter Gordon and Oscar Peterson – You Stepped Out of a Dream
JAZZ, Interpretaciones / Performances
1 views 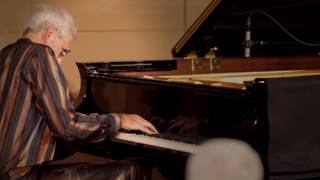 How to use chromatic approach notes playing great jazz lines