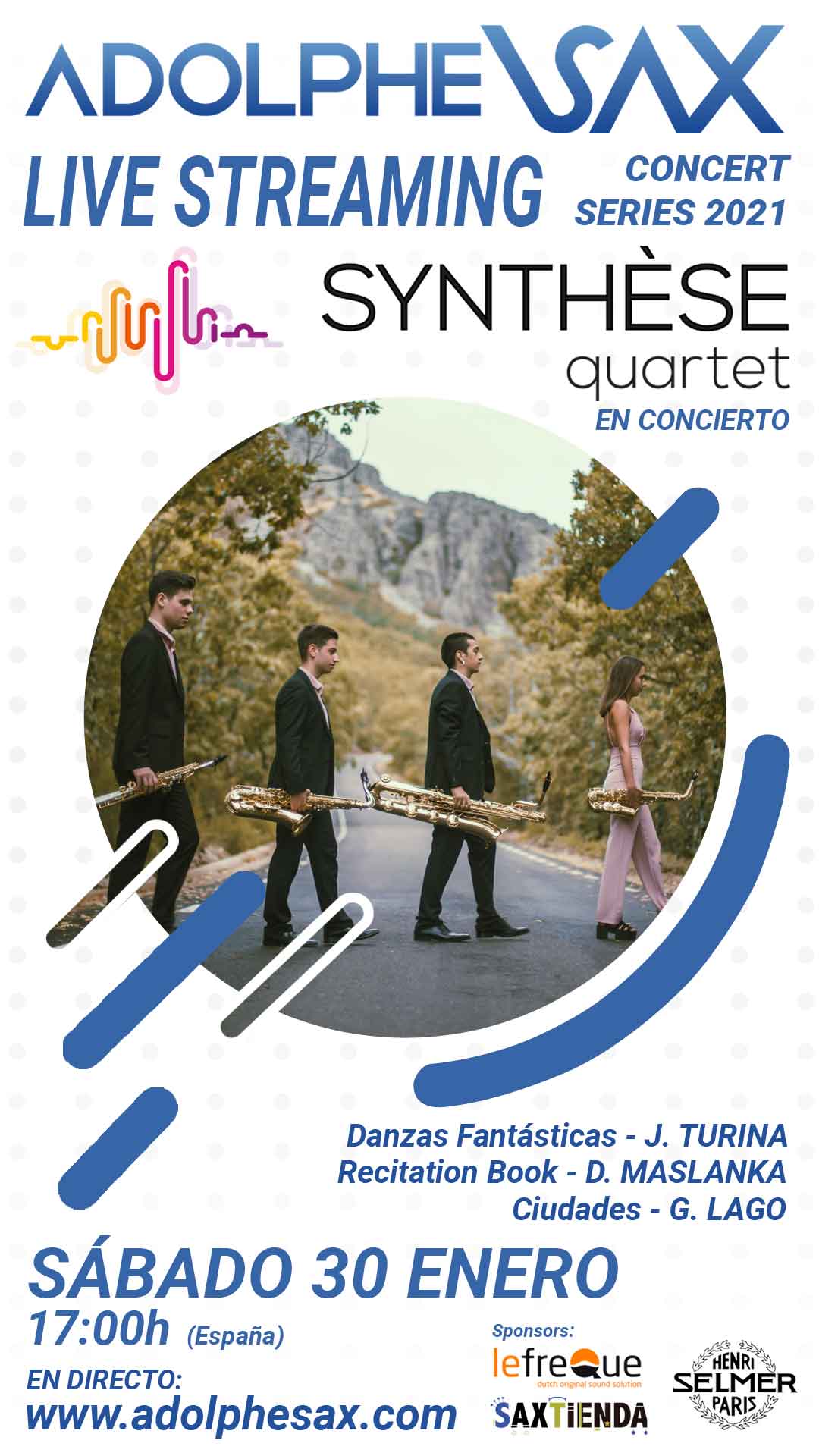 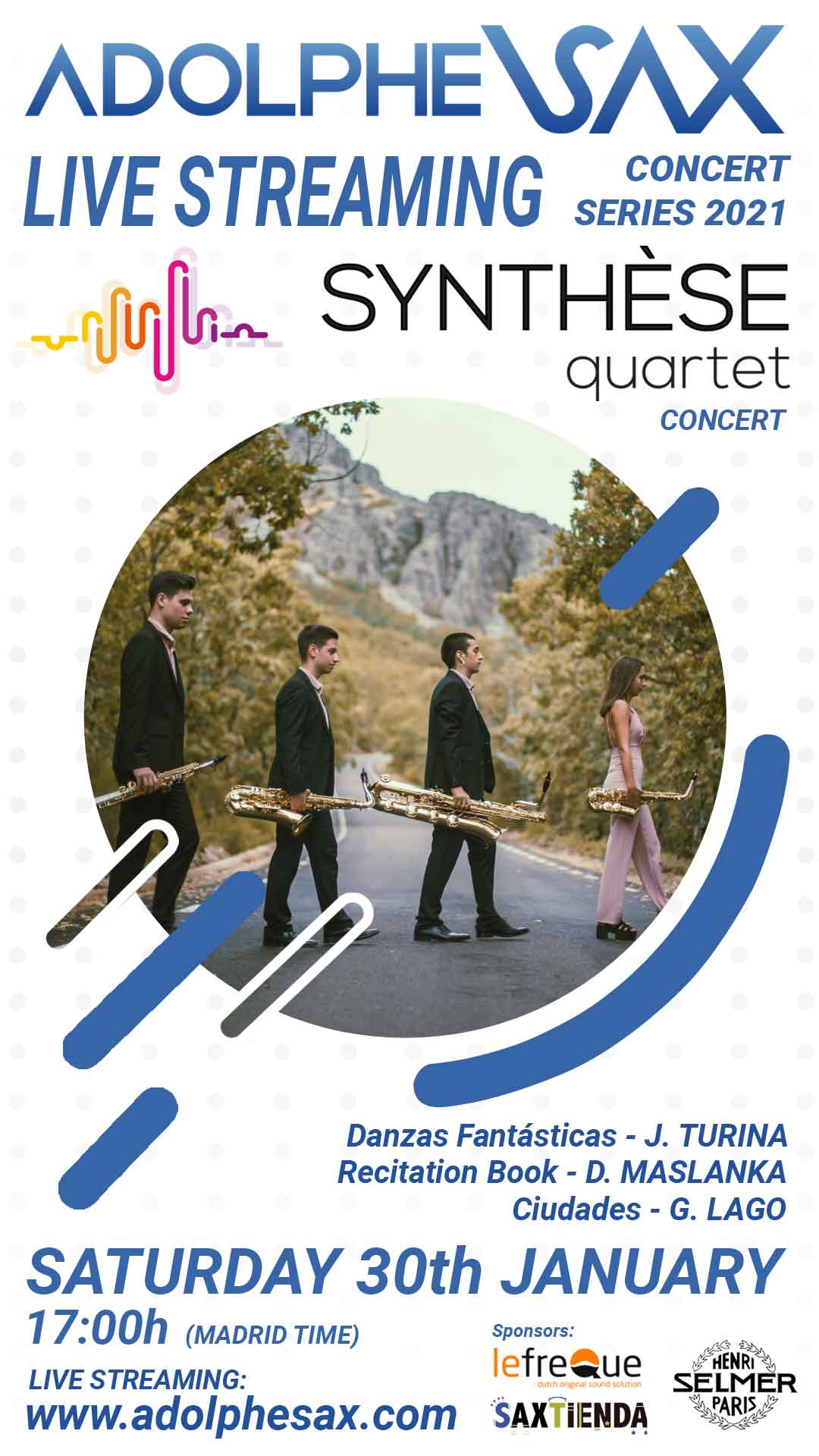 Synthèse Quartet is more than a saxophone quartet, it is the materialization of a wish fulfilled. The group was formed in October 2017 at the Superior Conservatory of Castilla y León. Its members are Javier Valero (soprano sax), Ángela Romera (alto sax), Ismael Arroyo (tenor sax) and Raúl Flox (baritone sax) and all of them are currently studying 3rd year of higher education. Inspired by the idea of ​​”synthesis” as something complex that results from bringing together different elements that were dispersed or separated, organizing and relating them to each other, they decided to give that name to the formation. Its members come from different parts of Spain (Zaragoza, Madrid or Badajoz) and span similar ages since they were all born between 1996 and 1999.
The quartet has grown under the guidance of teachers such as Ángel Soria, Brenno Ambrosini or Juan Clemente, in addition to having received numerous masterclasses with prestigious teachers from different parts of Europe such as Marcus Weiss, Marie-Bernadette Charrier, Fukio Ensemble, Ramon Lazkano, Alejandro Bustamante, Alberto Rosado or Alberto Chaves.
They have been awarded the First Prize and Special Prize of the Public in the X Contest of Musical Youth in Ávila in the superior category, with the First Prize in the II National Chamber Music Competition of Utrera “Abate Marchena”, with the Special Prize for the best interpretation of a Spanish work in the XXII Young Interpreters Contest “Pedro Bote” and with the First Prize for two consecutive years in the III and IV Chamber Music Contest of the CPMSalamanca.
Complements to their training have been the concert tour held in Gdansk (Poland) as an award for their participation in the Salmuz Festival in Salamanca, as well as numerous recitals that have been offered throughout the Spanish geography where venues such as “El Pósito” ( Sigüenza), “El Liceo” or “Juan del Enzina” (Salamanca), “El club de regatas” (Santander) or in the Palacio de Congresos de Mérida. As members of classroom 2.13 Sax in Salamanca, they have participated in the “World Saxophone Congress” held in Zagreb (Croatia) in 2018 as well as in the Ensems festival in Valencia.