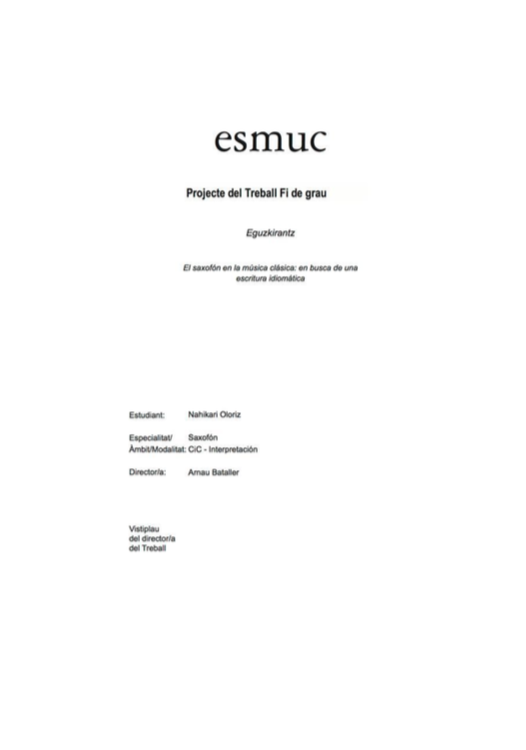 In this work we will explore the evolution of the saxophone from its invention as a reinforcing instrument within the symphony orchestra to the present day, where it has reached a high technical and expressive standard. Although since its creation the instrument caused curiosity and fascination between composers, the ignorance of its technique lead to the majority of works written for it to be influenced by languages of other orchestral instruments. Fortunately throughout history the language of the classical saxophonist has evolved, thanks to the collaboration between performers and composers, to become something original and unique and thus fully exploiting the capabilities and versatility of this instrument.