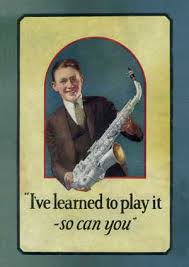 Ornette Coleman, the alto saxophonist and composer who was one of the most powerful and contentious innovators in the history of jazz, died on Thursday in Manhattan. He was 85.

The cause was cardiac arrest, a family representative said.

Mr. Coleman widened the options in jazz and helped change its course. Partly through his example in the late 1950s and early ’60s, jazz became less beholden to the rules of harmony and rhythm while gaining more distance from the American songbook repertoire.

His own music, then and later, embodied a new type of folk song: providing deceptively simple melodies for small groups with an intuitive, collective musical language and a strategy for playing without preconceived chord sequences. In 2007, he won the Pulitzer Prize for his album “Sound Grammar.”

His early work — a personal answer to his fellow alto saxophonist and innovator Charlie Parker — lay right inside the jazz tradition, generating a handful of standards for jazz musicians of the last half-century. But he later challenged assumptions about jazz from top to bottom, bringing in his own ideas about instrumentation, process and technical expertise.

He was more voluble and theoretical than John Coltrane, the other great pathbreaker of that jazz era. He was a kind of musician-philosopher, whose interests reached well beyond jazz. He was seen as a native avant-gardist, personifying the American independent will as much as any artist of the last century.

Slight, Southern and soft-spoken, Mr. Coleman became a visible part of New York City’s cultural life, often attending parties in bright silk suits. He could talk in sometimes baffling language about harmony and ontology, but his utterances could also be disarming in their freshness and clarity.

If his words were sometimes oblique, his music was usually not. Very few listeners today would fail to understand the appeal of his early songs like “Una Muy Bonita” (bright, bouncy) and “Lonely Woman” (tragic, flamencoesque). His run of records for the Atlantic label near the beginning of his career — especially “The Shape of Jazz to Come,” “Change of the Century” and “This Is Our Music” — pushed through an initial wall of skepticism and even ridicule to be recognized as some of the greatest albums in jazz history.

His composing voice and his sense of band interplay were intact by 1959, when he caught the ear of almost every important jazz musician. He wrote short melody sketches, nearly always in a major key, that could sound like old children’s songs or, in pieces like “Turnaround” and “When Will the Blues Leave?,” brilliant blues lines. With the crucial help of the trumpeter Don Cherry, he organized his band to act like a single organism with multiple hearts.