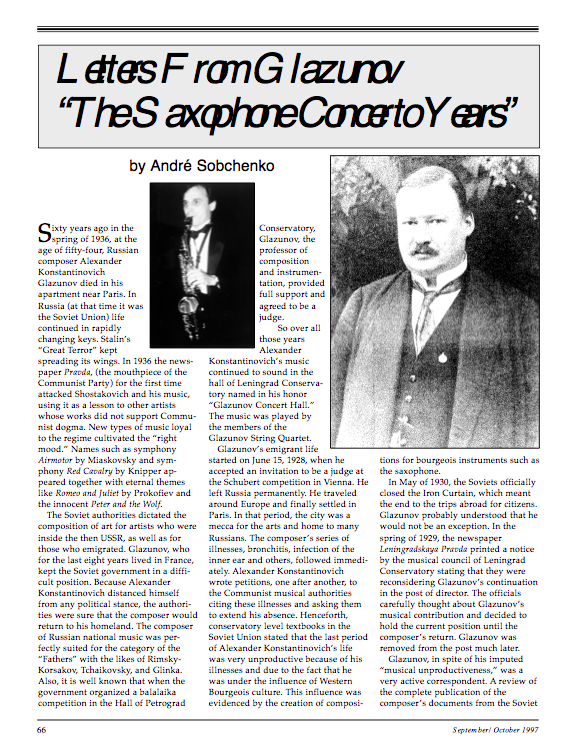 Sixty years ago in the spring of 1936, at the age of fifty-four, Russian composer Alexander Konstantinovich Glazunov died in his apartment near Paris. In Russia (at that time it was the Soviet Union) life continued in rapidly changing keys. Stalin’s “Great Terror” kept spreading its wings. In 1936 the news- paper Pravda, (the mouthpiece of the Communist Party) for the first time attacked Shostakovich and his music, using it as a lesson to other artists whose works did not support Commu- nist dogma. New types of music loyal to the regime cultivated the “right mood.” Names such as symphony Airmotor by Miaskovsky and sym- phony Red Cavalry by Knipper ap- peared together with eternal themes like Romeo and Juliet by Prokofiev and the innocent Peter and the Wolf.