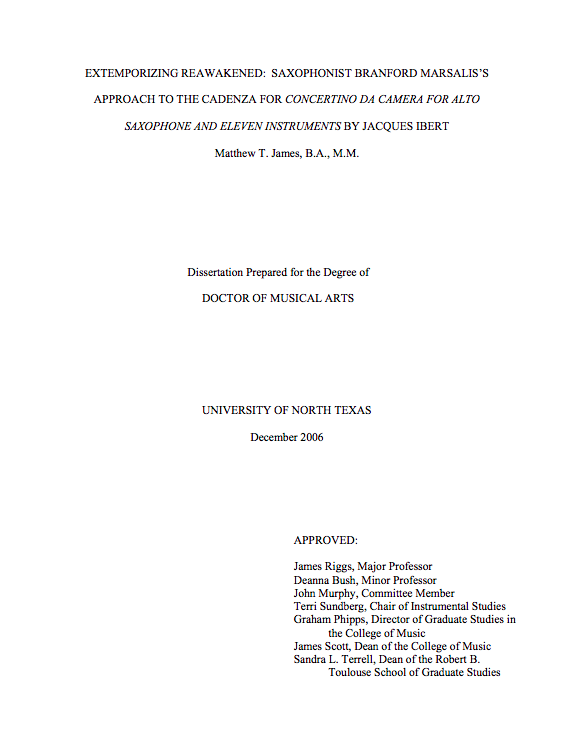 Whether provided by a composer, written out by a performer or completely improvised, the cadenza became a vehicle for performers’ creativity, lyricism and technical prowess in the eighteenth and nineteenth centuries. The debate about whether to notate or improvise cadenzas, a question as old as the cadenza itself, continues today. Saxophonists have not been involved in this debate, since the instrument is a product of the mid-nineteenth century and was in its infancy just as the practice of improvising cadenzas was fading.

This study documents an unprecedented, recently-recorded, improvised cadenza in one of the most significant twentieth-century saxophone works: Jacques Ibert’s Concertino da Camera for Alto Saxophone and Eleven Instruments (1935). Saxophonist Branford Marsalis’s neo- cadenza for Ibert’s composition presents an aggregate of the twenty-first-century performer improvising a cadenza to a twentieth-century work, in a tradition that was common centuries ago.