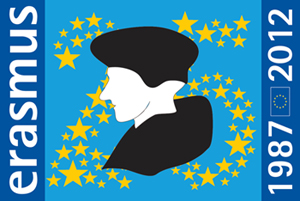 Origins of the name

The Programme is named after the Dutch philosopher Desiderius Erasmus of Rotterdam, known as an opponent of dogmatism, who lived and worked in many places in Europe to expand his knowledge and gain new insights, and who left his fortune to the University of Basel in Switzerland.At the same time, ERASMUS is a backronym meaning EuRopean Community Action Scheme for the Mobility of University Students.

By the time the Erasmus Programme was adopted in June 1987, the European Commission had been supporting pilot student exchanges for 6 years. It proposed the original Erasmus Programme in early 1986, but reaction from the then Member States varied: those with substantial exchange programmes of their own (essentially France, Germany and the United Kingdom) were broadly hostile; the remaining countries were broadly in favour. Exchanges between the Member States and the European Commission deteriorated, and the latter withdrew the proposal in early 1987 to protest against the inadequacy of the triennial budget proposed by some Member States.However, AEGEE, the Association des États Généraux des Étudiants de l’Europe, persuaded French President François Mitterrand to support funding for the Erasmus programme. In the next few months a compromise was worked out with a majority of Member States, and the Programme was adopted by simple majority in June 1987.

This method of voting was not accepted by some of the opposing Member States, who challenged the adoption of the decision before the European Court of Justice. Although the Court held that the adoption was procedurally flawed, it maintained the substance of the decision; a further decision, adapted in the light of the jurisprudence, was rapidly adopted by the Council of Ministers.

The Programme built on the 1981–1986 pilot student exchanges, and although it was formally adopted only shortly before the beginning of the academic year 1987-1988, it was still possible for 3,244 students to participate in Erasmus in its first year. In 2006, over 150,000 students, or almost 1% of the European student population, took part. The proportion is higher among university teachers, where Erasmus teacher mobility is 1.9% of the teacher population in Europe, or 20,877 people.

In the past twenty years, over two million studentshave benefited from Erasmus grants, and the European Commission aims to reach a total of 3 million by 2012.

The Lifelong Learning Programme 2007–2013 replaced the Socrates programme as the overall umbrella under which the Erasmus (and other) programmes operate from 2007.

On May 9, 2012, Fraternité 2020 was registered as Europe’s first European Citizens’ Initiative. Its goal is to get 3% of the EU budget for EU exchange programmes like Erasmus from 2014 (the share currently is 1.2%). To be successful it needs to collect 1 million signatures by November 1, 2013.