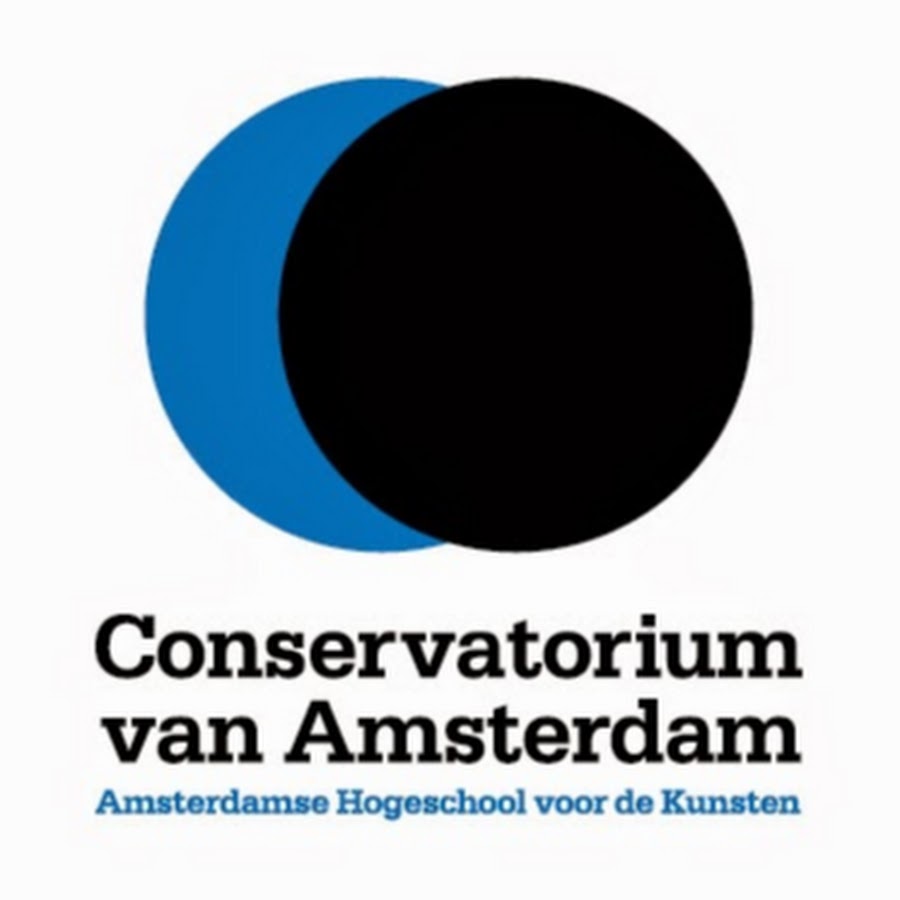 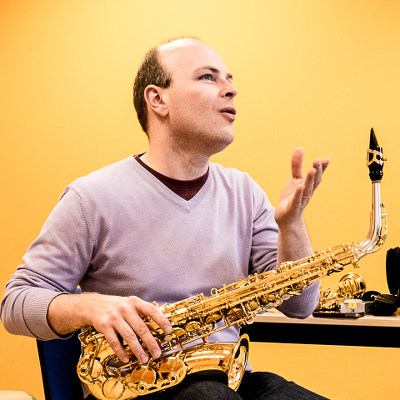 VINCENT DAVID, born in 1974 in Paris, on completing his studies at the Conservatoire National Supérieur de Musique et de Dance de Paris in 1996, he was awarded the Premier Prix à l’unanimité.

Since the beginning of his career, he has worked with many world-renowned ensembles, including the Ensemble InterContemporain under the direction of Pierre Boulez, David Robertson, Jonathan Nott, Peter Eotvös.

Following their collaboration, Pierre Boulez made an arrangement for saxophone of his Dialogue de l’ombre (Paris, 1991) which has been interpreted all around the world. Likewise, the young composer Bruno Mantovani dedicated his saxophone concerto, Troisième round, to Vincent David, who recorded it with the ensemble TM+ for the AEON label.

He is a professor at the Conservatoire National de Région de Versailles. He is also responsible for supervising a collection of saxophone works for Editions Billaudot. 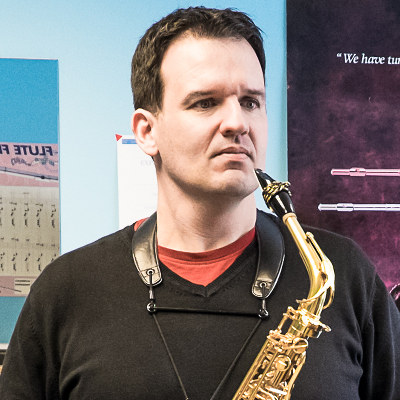 Born in Alicante, NACHO GASCÓN holds master on music performance from the University of Southern California in Los Angeles.

He has been saxophone profesor at Pomona College and assistant professor at the University of Southern California. In 2001 he joins the project at the Escola Superior de Mùsica de Catalunya where he teaches Saxophone and Chamber Music. 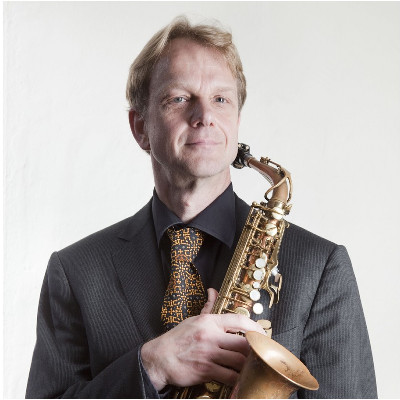 ARNO BORNKAMP Dutch saxophonist Arno Bornkamp (1959) is the archetype of the modern virtuoso, feeling equally at home in traditional and contemporary repertoire. Hailed as a lyrical musician with a great sense of performance, Bornkamp studied at the Sweelinck Conservatory in Amsterdam with Ed Bogaard and graduated in 1986 with the highest distinction.
He has won many awards, the ‘Silver Laurel of the Concertgebouw’ and the ‘Netherlands Music Prize’ among the most noteworthy. The latter enabled him to go abroad, studying in France with Daniel Deffayet and Jean-Marie Londeix, in Japan with Ryo Noda as well as working with composers as Luciano Berio and Karlheinz Stockhausen.
Since his 1982 solo debut in Rome, performing the ‘Concertino da Camera’ by Jacques Ibert, he has played more than 250 concerts with orchestras around the world, including the most important works from the saxophone repertoire in addition to new concerti written especially for him, such as the ‘Tallahatchie Concerto’ by Jacob TV.
In the year 2009 Bornkamp added 3 new works to his repertoire: ‘Trois Danses’ (orig. for oboe) by Frank Martin and 2 new saxophone concerto’s by Joey Roukens and Carlos Michans.
Chamber music is also a great love of Arno Bornkamp. He has a long-standing duo with pianist Ivo Janssen and is part of the Aurelia Saxophone Quartet (one of the world’s most acclaimed saxophone quartet), which celebrated its 25th anniversary in 2008.
Arno Bornkamp’s many activities (including concerts, festivals, masterclasses, lectures) have taken him to many countries in Europe, the USA, the Far East and South America, but the highlight of his career took place closer to home: in the summer of 1996 he played with Ivo Janssen due to the Prinsengracht Concert in Amsterdam for an audience of more than 15.000 people.
The many CD’s he has made since 1990 since on various labels have garnered national and international praise. A remarkable project is a tryptich of CD’s on the Ottavo label: ‘The Classical Saxophone from a Historical Perspective’, covering three important periods in the history of the saxophone: the beginning period with works from around 1850 written for Adolphe Sax (‘Adolphe Sax Revisited’), the beginning of the 20th Century with impressionistic music (‘Boston-Paris, the Elisa Hall Collection’) and the years ’20 and ’30 in Berlin (‘Metropolis Berlin’).
His most recent CD-project was released by the Basta label in 2009: ‘Buku of Horn: Arno B. plays JacobTV’, a portrait of Dutch composer JacobTV. Arno Bornkamp is a renowned teacher, leading an international saxophone class at the Conservatory of Amsterdam. In the summer he teaches the International Saxophone Masterclass in Laubach (Germany) and at the Université d’Eté Européenne pour saxophone in Gap. 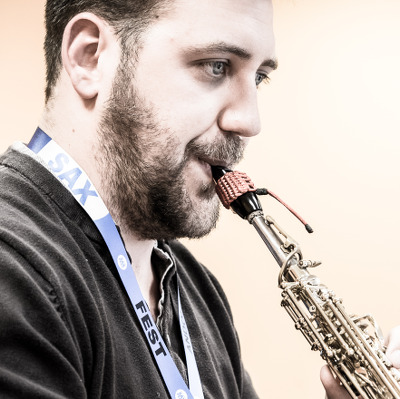 Born near Toulouse in south of France, CHRISTOPHE GRÈZES began his musical studies at the age of 11. After his studies with Philippe LECOCQ at the Toulouse conservatory, he goes 2 years to Versailles with Vincent DAVID where he obtained the musical studies diplôma (DEM). Christophe has Eric Le Sage, Paul Meyer and David Walter such as chamber music teachers. He just finished his studies at the CNSMDP in Claude DELANGLE’s class with a first prize in june 2012.

Besides, he played with « l’Orchestre du Capitole de Toulouse » directed by Georges PRETRE, « Sao Paolo wind orchestra », the starpop orchestra and the award-winning orchestra of the Paris conservatory.

They played in many places all over France, Europe and Japan (Izumi Hall, Osaka; Théatre du Chatelêt, Paris, Barcelona…) and they collaborate with composers and improvisators like Vincent Lê Quang.

Christophe is also working in the Henri Selmer Company as Mouthpiece Product Manager, he is in charge of the mouthpiece offer for Henri SELMER Paris saxophones and clarinets. 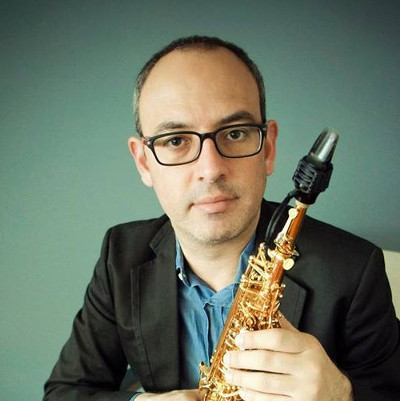 FERNANDO RAMOS is a Portuguese-based multidisciplinary saxophonist living in Porto.

Canadian-born, he began studying music at the age of 6. After turning 14 he starts playing the saxophone moving two years later to Portugal where he studied with Fernando Valente. In 1997 he moves to Amsterdam, Holland after being accepted at the Conservatorium van Amsterdam where he obtained his degree in 2001. He was invited to continue his studies at school having finished his Master degree “Voorgezette opleiding Muziek” in Performing Arts in 2004.

He had the pleasure of working with some of the most prestigious classical saxophonists including Claude Delangle, Nobuya Sugawa, Marcus Weiss, Eugene Rousseau, Arno Bornkamp, Kyle Horch, Mario Marzi, Jean-Yves Formeau, Trouvere Quartet among others. He also was present in workshops with artists such as Bobby McFerrin, Chris Potter, Hermeto Pascoal, Ari Hoenig, Anner Bylsma, and Kenny Werner among others. He actively works together with various composers in creating a new saxophone repertory having more than 40 works dedicated to him both solo pieces and for the diverse ensembles he belongs to.

Upon returning to Portugal, he becomes a crucial part of saxophone teaching having produced a whole new generation of performers and teachers. At the age of 24 he was chosen as Professor at the Superior School of Music and Performing Arts of Porto [ESMAE – Polytechnic University]. Presently besides this, he also holds the saxophone and chamber music position at the University of Aveiro and the Espinho Professional Music School. Besides teaching he is active giving numerous masterclasses all over Portugal, throughout Europe and recently in Sydney, Brisbane and FERNANDO RAMOS Melbourne, Australia . He is also a regular jury member in competitions throughout Portugal and Spain.

At this moment he is completing his Doctorate degree in Performing Arts at the University of Aveiro and is working on his first solo cd. Fernando Ramos is a Selmer-Paris Saxophones, D’Addario /Rico Reeds and Sliverstein Ligatures Performing Artist. 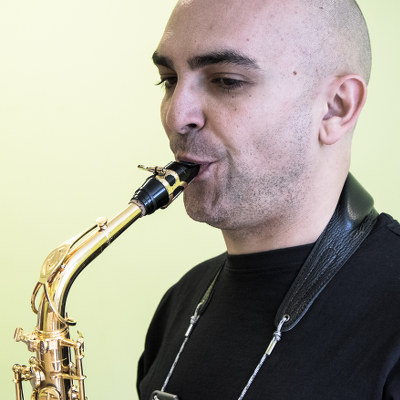 After beginning his studies by being self-taught, he graduated from the Royal Conservatory of Music in Madrid, achieving an Honours at the end of his degree. Throughout his professional career, he has taken part in different competitions amongst which we should highlight first prize for the International Music Contest in Benidorm (2003).

Combining his teaching and concert career, he has undertaken tours in China and the U.S. and throughout Spain, offering a repertoire that is adapted to different situations, with a special emphasis on the repertoire of our times and on transcriptions. Passionate about research on his instrument and contemporary music, Mariano García goes beyond being a concert player and a teacher, by doing educational presentations in various Higher Centres.

On teaching level he teaches many courses and master-classes in Spain, highlighting Esmuc in Barcelona, the Higher Conservatory in Salamanca and the University Francisco de Vitoria in Madrid. In America he has been invited by renowned universities of the United States such as North Carolina, South Carolina, Furman University, Georgia…

Since 2009 he has taught as a saxophone professor at Csma (Conservatory of Music in Aragon).

And since 2010 he is a Selmer artist and member of the duo ÁniMa together with the pianist Aniana Jaime Latre. 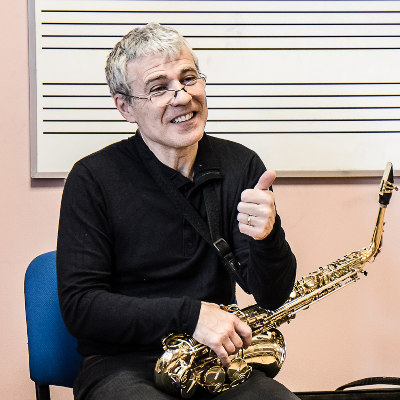 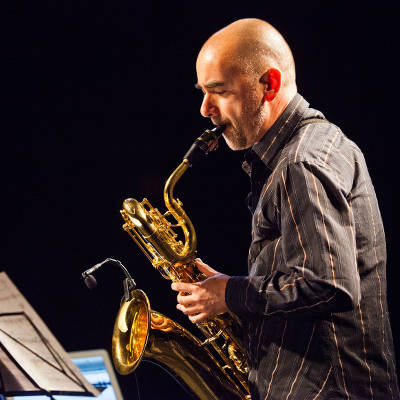 I consider myself a dynamic musician. I feel most involved in today’s music and I am always open to new artistic experiences.

I have given the premiere of more than thirty works for baritone saxophone (solo, with electronics, for woodwind trio and for saxophone quartet) by Sergio Fidemraizer, Ramon Humet, Joan Arnau Pàmies and Enric Riu among other composers.

I am member of the “Association Bar&Co” that deals with the baritone saxophone development in classical and contemporary music. I have got started interdisciplinary projects including outstanding works from its repertoire: COLOURS (contemporary music and visual arts) and 21th CENTURY MUSIC FOR BARITONE SAXOPHONE and AUDIOVISUAL PERFORMANCE with video-artists collective Blow Factory.

My intense activity has taken me to different festivals and outstanding events in countries in West Europe namely Spain, Andorra, Portugal, France, Italy, Switzerland and Scotland.

“We were touched by the faultless and emotive performance of the young saxophonist Joan Martí­” (Revista Musical Catalana, n. 248 p. 28) 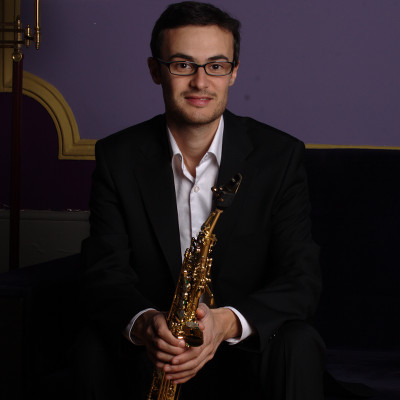 Born in 1977, in Coimbra (Portugal), João soon realized what he didn’t want to be: a specialist in something! Together with all the interesting things in life that happen in childhood, music came along as something very natural. And the saxophone as a perfect mean to some purpose in life. He started to play with interesting people, as he grew up in Aveiro’s Conservatory of Music, and at the same time started to have contact with musicians like Daniel Deffayet, Amsterdam Saxophone Quartet, Jean-Yves Fourmeaux. He then moved on to Amsterdam Sweelinck Conservatory, where he had the oportunity to study saxophone with Henk van Twillert. João attended master-classes with Ed Boogard, Jean-Marie Londeix, Arno Bornkamp, Claude Delangle, Mario Marzi, and he toured Poland and Germany with the World Saxophone Orchestra. He finished his Masters in 2002, but by then he was already teaching back home, from 1998 until today.

As a musician João was able to get a very diversified career: from playing with some of the most important ensembles in Portugal, like Remix Ensemble, or Orquestra Sinfónica Portuguesa, to improvised music with Quadratura Jazz Band and JOPLoop Trio, to rock folkethnic music with Fadomorse, João’s little gem is QuadQuartet, the group he founded together with three other portuguese musicians. That’s where most of his music energy goes nowadays. They recorded 2 albums, NOW BOARDING and FUSE, and did concerts a bit everywhere, playing some great music from portuguese composers, besides all the standard and new repertoire being writen for this formation.

A huge interest in 16th and 17th century portuguese music lead him to a Master Degree in Artistic Studies, where he concentrates in providing musicians with Critical Editions of music from this period. Apart playing he likes to make music to theatre and publicity, and he’s one of the artistic directors of Aveiro SaxFest, together with Henrique Portovedo. Coming from Portugal, he loves to cook, to eat and to drink marvelous portuguese wine; besides that he’s a fan of Selmer Saxophones!