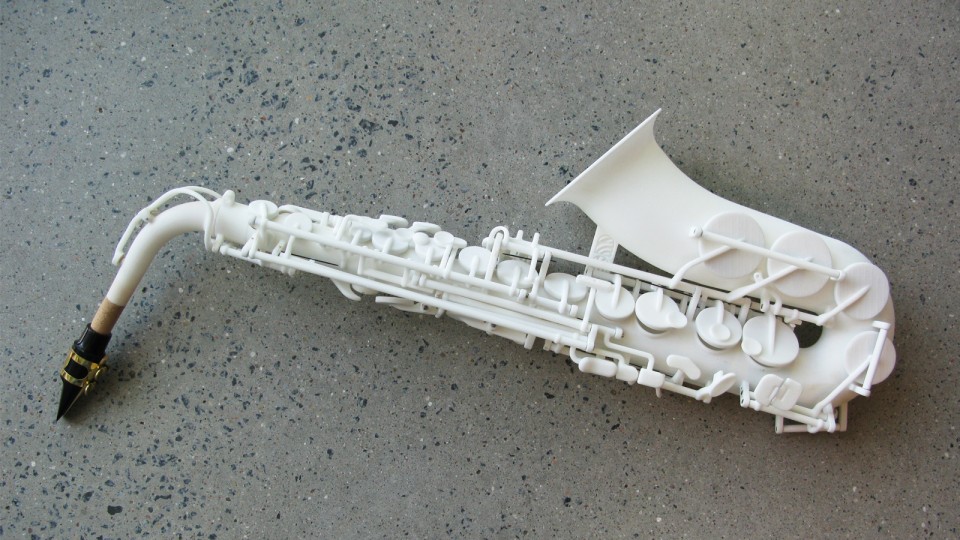 Can you make a 3D-printed saxophone that’s a fraction as heavy as a “normal” one but sounds, to the untrained ear, virtually the same? Yes. I mean, you probably couldn’t, but luthier Olaf Diegel has done exactly that. Diegel took a break from making high-end 3D-printed guitars and tried his hand at the complex key structure of an alto saxophone, producing a prototype that’s made almost entirely of printed plastic.

It requires a bigger, better printer than most consumers will ever own, and Diegel’s still working on integrating 3D-printed springs instead of metal ones. As he admits, there are already plastic injection-molded saxophones. But that doesn’t make this anything less than an impressive feat, and it opens up a world of new design possibilities. “The next one I can go a bit wilder on the aesthetics,” Diegel says. “I’m thinking maybe a cornucopia-type look, or maybe a rock & roll 3D flame job…”

The Yamaha Music Foundation Of Europe Scholarship Program in 2014/2015

Final Rule – HOW TO FLIGHT with Musical Instruments (USA)

#COVID-19 & Saxophone: How does coronavirus (COVID-19) affect the saxophone? Preventive measures, cleaning and sanitizing your saxophone